In a mere week we will be in London where we will compete for the most sustainable car in the Urban Concept, Battery Electric category.

In the last few weeks we did a lot of testing and finetuning on our Blue Bolt.

First of all, we got a new hoisting system, which makes it safer to get the car in and out of our workplace.

On June 8th we had a testing day in Lelystad with 5 other Dutch SEM teams. Unfortunately we could only drive 1 lap because of the rain. Here is some footage of that lap:

Green Team Twente was impressed by our car! 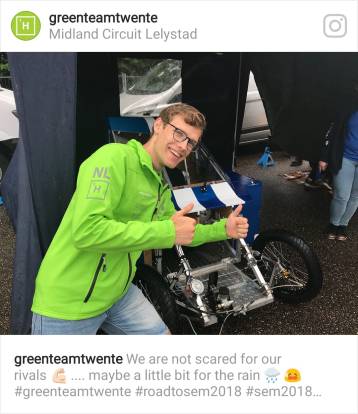 Last week and this week we did the last bit of finetuning on the car.

On May 31st we had an expo at our sponsor Provincie Overijssel. 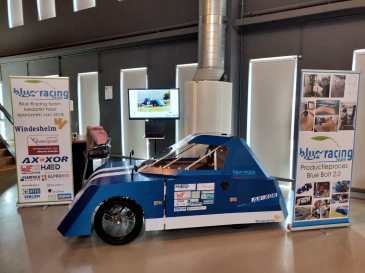 On June 20th we had an expo at our sponsor Axxor. 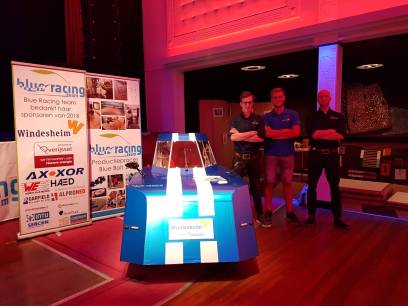 On June 20th we were able to drive our car to the event itself. Making its first kilometers on the road.

Tonight we have our final endurance test after which we will start packing for London!